Molly
0 Shares
0
0
0
0
Shares
0
0
0
0
Celebrated on 17th March, St. Patrick’s Day is a national holiday when we celebrate our patron Saint, our heritage and our history.
Asked to think of Ireland and the first thing that springs to most people’s minds is Saint Patrick’s Day. From the busy streets of New York, Buenos Aires, Dublin and Tokyo to the tiny Caribbean island of Montserrat, this celebration of all things Irish has evolved into a truly global festival. There’s no denying that on March 17th, everyone is Irish.

Who was St Patrick?

Saint Patrick is the Patron Saint of Ireland, credited with bringing Christianity to Irish celts in the fifth century. Originally hailing from Great Britain, the 16-year-old Saint Patrick was kidnapped by pirates and held in captivity in Ireland for six years. Following a daring escape, he became a Christian missionary and returned to the Emerald Isle to convert the pagan Celts. Another popular legend tells of how he banished all the snakes in Ireland by chasing them into the sea after they attacked him during a fast.

The Symbolism of the Shamrock

The humble shamrock has become a globally-recognised symbol for Irishness and it is traditional to don some clover as part of Paddy’s Day festivities. The shamrock is ingrained in Irish culture due to its association with our national saint. Legends recount how St Patrick used the three petals of the shamrock to teach the Trinity to Celtic pagans. However, the number three was believed to have magical properties long before the Saint’s arrival and it recurs theme throughout Celtic folklore (na seanchaí). Conseuqently, the three petals of the shamrock were considered to bring good luck. By the 18th century however the shamrock began to change from a symbol purely associated with St. Patrick to an Irish national symbol when it became an emblem for revolutionary nationalist groups.

St Patrick’s Day was made an official Christian feast day in the early 17th century. Surprisingly, the first St Patrick’s Day parade was not held in Ireland. In fact, the parade tradition in the originated within 18th century America by immigrants wishing to celebrate their heritage. Parades did not spread to Ireland until the 20th century with the first ever parade taking place in Waterford in 1903. On March 17th, we also celebrate the deep ties between Ireland and America and our Taoiseach presents a bowl of shamrocks in a special Waterford Crystal bowl featuring a shamrock design to the President of the United States in the White House every St. Patrick’s Day.

It doesn’t matter where on the planet you are, everyone is welcome to join in the Paddy’s Day fun! So, put on your finest green geansaí (Irish for sweater), decorate your home with plenty of shamrocks and maybe even treat yourself to a sip of whisky! With just one month to go until the big day, why not have a gander at our St Patrick’s Day range for Irish inspiration?

Happy St Patrick’s Day from your friends at Blarney! 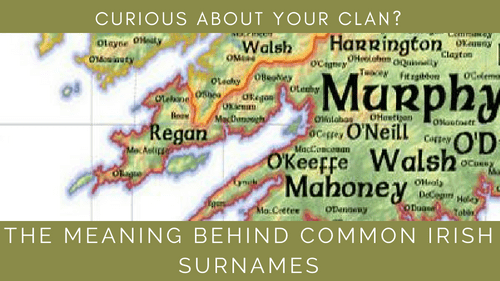 Said to ward off evil, fire and hunger; the Cross of St. Brigid is an old Irish symbol of…
Read More
0 Shares
0
0