Standing proudly through the mists of time, the Irish High Cross is an enduring symbol of Ancient Ireland.

These intricately designed high crosses are a magnificent display of craftsmanship and as such are rightly considered one of Ireland’s most significant contribution to Western European Art of the Middle Ages.

While examples of high crosses can be found in Britain and Scandinavia, Ireland has a uniquely strong tradition with approximately 200 surviving crosses across the country. These crosses are typically located in ancient monastic sites.

These beautiful monuments were constructed during the Middle Ages by the early Christians and they  were used to serve a number of purposes.  As most Irish people during this time were illiterate, clergymen used the ornate designs on the crosses as teaching aids when explaining bible stories. The impressive height of these crosses also meant that they were ideal for marking were sacred land. High crosses were also used as displays of wealth by the well-to-do classes.

Many of the great stone monuments we see today can be dated back 800 years. Historians believe however, that these crosses were predated by smaller crosses which were crafted from wood and metal, but we cannot know for sure as these crosses have not weathered the centuries as well as as the stunning sculptures that we see today.

Most Irish High crosses have the distinctive shape of the ringed Celtic cross. They consist of a large pyramid base, a tall shaft, 3 arms, a wheel head and a capstone. These crosses were often carved from sandstone. They were created by hand by monks using only a hammer and chisel. 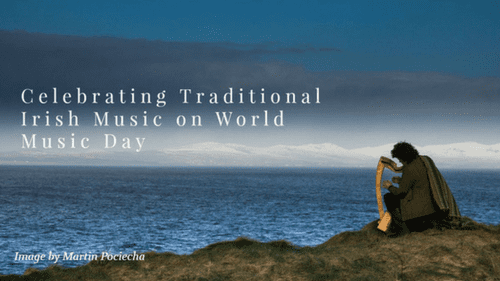