To celebrate International Women’s Day 2018, we selected five Irish women and looked at their impact on the world around them.

Born Anne McCormac in Kinsale, Co. Cork around 1700; Anne Bonney was one half of one of the most legendary pirate duos in history. She pillaged and plundered her way through the Caribbean with Mary Read. One captive described these adventuresses as: “very profligate, cursing and swearing much, and very ready and willing to do anything on board.”

Brigid was one of Ireland’s three patron saints. Born in Dundalk in 450 AD, St. Brigid is said to have created the first unique cross which now bears her name. Additionally, she was an early Irish Christian nun,  abbess and the founder of the Irish monastery in County Kildare.

The ultimate Irish glamazon, Maureen O’Hara made her way from Ranelagh in Dublin to the heights of stardom during Hollywood’s Golden Age. She dazzled audiences in now beloved classics such as Miracle on 34th Street, Jamaica Inn and of course The Quiet Man with which she cemented her reputation as “The Queen of Technicolor.”

O’Hara in The Quiet Man via GIPHY

Molly Malone is the unofficial anthem of Ireland’s capital. The song tells the story of Molly Malone, who sells cockles and mussels in the market by day and plies a far less wholesome trade by night. The young woman sells her wares in the market with the catchy refrain: “Cockles and Mussels, Alive Alive-Oh!” Tragically, Malone dies of a fever and her ghost wanders the streets of Dublin at night calling out the familiar lines. Molly’s status as a national treasure was cemented in 1988 with the installation of a statue right at the heart of Dublin City. The beloved statue has been affectionately dubbed as “The Tart With the Cart” by locals.

Born in 1530 to a chieftain and sea trader, Grace O’Malley became renowned as Gráinne Mhaol (trans. Gráinne the Bald) The Pirate Queen. Gráinne took to the sea-faring life and made a career island-hopping along the Irish west coast. Her fleet raided many English ships and she ultimately accumulated a vast wealth. The English army tried to stop her, but following a visit to Queen Elizabeth I in London (where both ladies conversed in Latin!) these armies were recalled and O’Malley’s family were released from captivity. 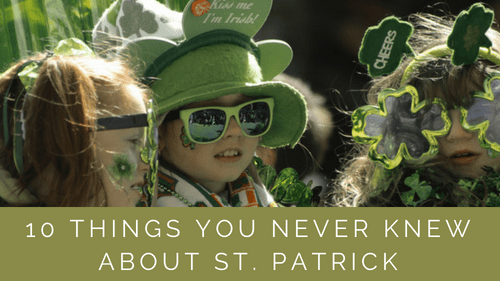