The Many Meanings of the Claddagh Ring

Blarney Admin
0 Shares
0
0
0
0
Shares
0
0
0
0
A popular ring known around the world, Claddagh rings were originally part of the Fethe rings, a group of European finger rings that date back to Roman times, when the gesture of clasped hands was a symbol of pledging vows.Used as engagement and wedding bands in medieval and Renaissance Europe, this tradition lived on for centuries in the tiny Galway village that developed the distinctive ring.

Made and developed for centuries in the tiny village of Claddagh from where it gets its name, the ring shows two hands holding a heart upon which lies a crown. This motif is explained in the phrase: “Let Love and Friendship Reign”, an ideal poesy for a wedding ring used by a small community of Claddagh for over four hundred years. The three elements, the heart, the crown and the hands symbolize different things. The heart of the Claddagh represents love, the crown symbolic of loyalty, and the hands signify friendship. These symbolic meanings make it easy to understand why the Claddagh is still such a popular and appropriate choice for a wedding or as a friendship ring.

The true origins of the Claddagh ring we know of today is shrouded in myth, the most popular story being that they were fashioned by a silversmith from Claddagh in Galway by the name of Richard Joyce whose own story is as illustrious as the rings he fashioned. Captured and taken as a slave whilst on a visit to the West Indies, Joyce was sold to a Moorish goldsmith who trained him in the art of jewelry making. He eventually regained his freedom on the demands of William III of England, and immediately went back to his homeland and settling down in the village of Claddagh, Galway where he continued on his goldsmith practice by making Celtic jewelry. The Claddagh ring became a particular specialty as a way celebrate his return home and as a symbol of his love for kin and country.

With its distinctive look and with such a romantic feel good story behind it, it is no wonder that the Claddagh is one of the most famous and popular items of Celtic Irish jewelry around. 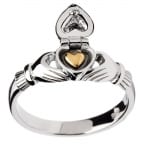 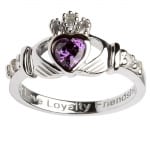 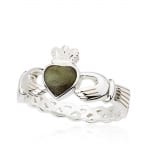 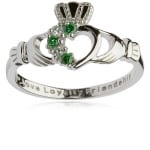 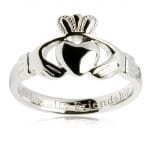 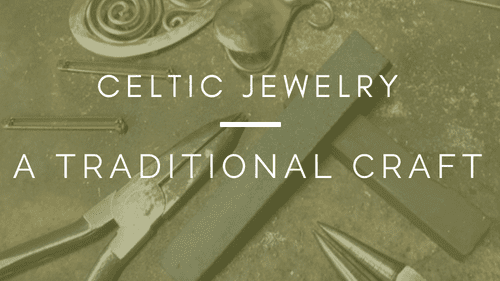 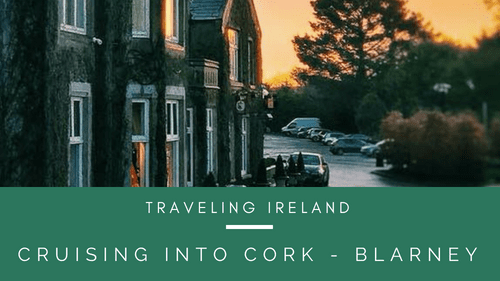